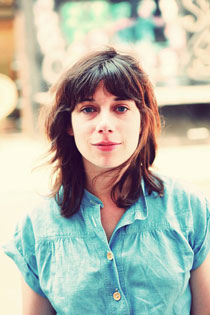 Born and raised in Paris, Gabrielle is a New York-based filmmaker. Most recently, she wrote and directed her first feature film YOSEMITE, starring James Franco and Henry Hopper, which was released theatrically in January 2016.  She also wrote and directed a segment of the feature film THE COLOR OF TIME (2014), based on the poetry of C.K. Williams, starring James Franco, Jessica Chastain and Mila Kunis. Her short film THE LAST CIGARETTE won the 2010 Reel 13 competition and was broadcast on PBS.  She has directed and produced several branded films for Calvin Klein, Vita Coco and Moxie Pictures’ “I Love New York” campaign. Gabrielle holds a BA in Literature from Yale and an MFA in filmmaking from NYU.